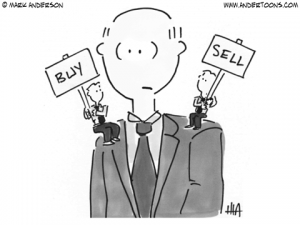 I’ve recently returned from a two week holiday in Morocco. Before you think of sun and sand, we are a hyperactive family and we love the variety of doing something different every day.

We persuaded our 13 and 10 year old children to climb the highest mountain in north Africa, Jebel Toubkal at 4167 metres, though we hadn’t banked on camping in a snowstorm. We also made it to the Saharan sand dunes and the Atlantic coast to surf.

In every town there was a market with hundreds of stalls packed in. Some sold to tourists, others to the locals and amongst them were the “artisans” who made the craft goods.

It struck me how keeping business simple was giving a lot of Moroccans a decent living. Artisans making goods and selling to retailers who sold to tourists.

Dealing with the producer not the seller

It soon became easy to separate those who produced from those who sold. The manufacturers from the retailers.

With most businesses being family owned, and families being close knit, the artisans found no problems in getting hold of family members to help do the work. The only cost was the materials. So the price charged should be way below UK prices.

I found a shoemaker who worked with the leather whilst his wife did the fine stitching and embroidery. After a long chat over mint tea, he charged me the local price for two pairs. The same shoes could be found on numerous other stalls who were quoting treble the price.

I also wanted to get a light shade and couldn’t find the artisan producer. I found the shoemaker again who was happy to direct me and asked the shade maker to charge me a good price.

The shade we bought cost MAD300 (£25) made purely out of copper. On the retail stalls they’be be asking MAD1200 for it before the haggling. 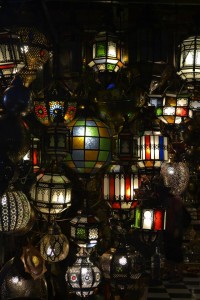 The Moroccans who had retail stalls were selling the same goods as many other stalls. So their only lever was price and their ability to persuade and sell.

Only the cheapest products were priced up. Otherwise the game was to quote European prices and hope to catch out newly arrived tourists who hadn’t worked out what a fair rate was. It obviously worked given the number of stalls doing it.

A few stalls had cages with tortoises and iguanas outside which made you stop. They weren’t selling the tortoises but it was a soft way to start a conversation.

Perhaps the best line was from a teenager trying to get us to use a donkey to transport our sacks into the mountains. We’d decided to carry our gear but he argued that paying £20 for a donkey & muleteer helps to keep their mountain community alive. 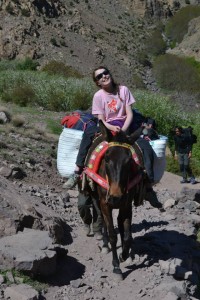